This time again, the applications were numerous for the AGU International Office’s annual trip to the Erciyes Ski Resort; located only 30 minutes away from the Abdullah Gül University campus!

The AGU bus was full of international students, willing to try out skiing, snowboarding, sledging or simply sightseeing on the mountain peak. 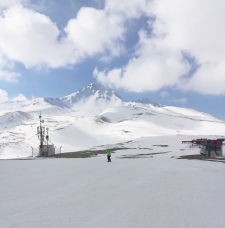 The participants were picked up in the morning at the AGU dorms and driven straight to the Hacılar station, one of the four stations making up the Erciyes Ski Resort and its 200 km of slopes (along with Develi, Tekir and Hisarcık stations). 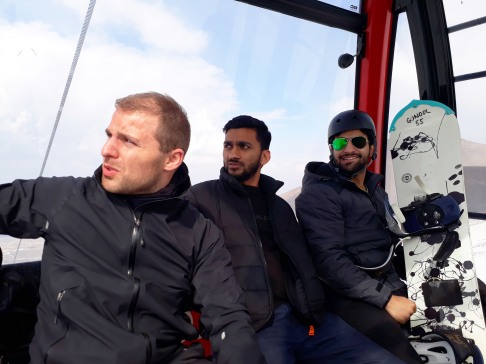 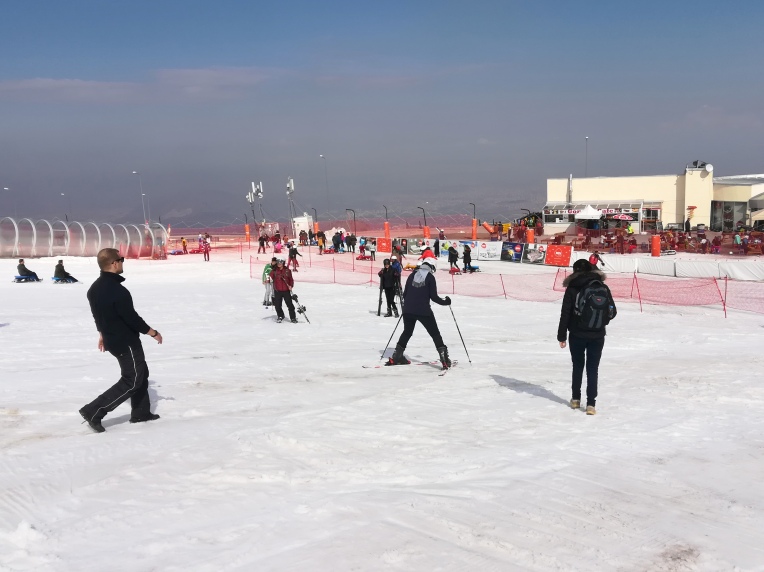 A few students who preferred not to ski/snowboard also took the cabins to get a good view of the mountain chain and the Erciyes peak (which stands at 3917 m), while at the station the skiing and snowboarding beginners were doing their best to stay on their feet!

Thanks to agreements negotiated with the Erciyes Ski Resort by the University’s Health, Culture and Sports Office and the Department of Physical Education and Sports, AGU members were able to use the cabins, as well as the “magic carpet” lifting users back up the beginner slope for free and as often as they wanted, allowing them to maximize their time (and fun!) on the mountain. 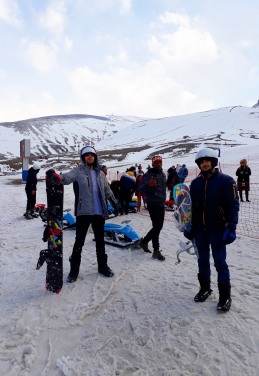 At then end of the day, our exhausted and happy were students were driven back to the dorms, some already vowing to go back as much as possible and perfect their newly discovered sport!